There Is Always Dance In Abundance

One of the consequences of our belief in the concept of unlimited growth is the continual depletion of our resources and those of the planet. By clinging on to this idea, we ignore the rights and needs of others and allow discrimination, exclusion and inequality to prevail. While we continue in our striving to produce and own more and more, we lose the ability to think about other forms of co-existence.

Using documentary and speculative means, the film There is Always Dance in Abundance develops an “ecology of the many”, based on the assumption that there are sufficient resources and living space for everyone, if we use them in a respectful way. The protagonists set off on a “journey through time”, exploring existing knowledge and experimenting with new forms of learning. Wearing vision devices and overalls equipped with leaves, feathers and respiratory tubes, they examine their environment, observe animals and plants, analyse the resilience of bodies and materials. They learn to sharpen their senses with the help of various exercises, testing their limits and vulnerability.

They hold discussions with theorists and trade unionists on the historic, current and future significance of work, investigate the emergence of ownership and the struggle for equality and common assets. Solidarity, community and sustainability play a central role in their filmic narrative.

There is Always Dance in Abundance is shown as part of an expansive installation featuring workshops, exchange platforms and discussions.

The workshop is part of the exhibition project There is Always Dance in Abundance by Filipa César and Diana McCarty and will take place in English. Participation is free of charge. The number of participants is limited, so please register under welcome@gfzk.de until December 9.

The two-day workshop by Welket Bungué and Lucas Rehnman deals with bodies in motion and invites for encounters and dialogue. Starting out from the interest in the anti-colonial liberation struggles in Guinea-Bissau and the legacy of Amílcar Cabral, who was a central figure in these struggles, the workshop begins with a lecture-performance. The subsequent movement exercises, film screenings and conversations make us aware of how we perceive ourselves in the built and social environment in which we live, of how we look at things and each other. The workshop revolves around experiences that inform our mindsets and our behavior. The exercises help to activate memories and knowledge and to create new narratives.

„The right to narrate is the right to be a conscious and active protagonist in the story that is told. […] Because we do not live History, but we do it, by inscribing ourselves in the world. […] I’m Welket Bungué, original from the balanta ethnics, I was born in Guinea-Bissau in a small village called Xitole, then I went to Portugal with 3 years old with my parents and my young brother, then I grew up in Lisbon until my 24 years old when I moved to Brazil to study Performance Arts. Since then I’ve been traveling all over the world to work as an actor, in 2020 I did my debut on German cinema, I played the role of Franz Biberkopf, in a new version of ‘Berlin Alexanderplatz’, a film directed by Burhan Qurbani. Well, that’s one of the reasons why I moved to Berlin! This mobility, these circumstances, led me to this way of being… A body in transit. Aware of all the political implications of being an African-European man with a migrant background, it’s basically what makes me re-signify the term or concept: PERIPHERAL.“

Welket Bungué born in Guinea-Bissau (1988), is a transdisciplinary artist of Balanta ethnicity, based in Berlin. He is co-founder of the production company KUSSA, holds a degree in Theater from the Actors branch (ESTC / Lisbon) and a postgraduate degree in Performance (UniRio / Brazil). Bungué is an artist featured by the Arsenal – Institute for Film and Video Art (Berlin), and since 2021 his films are part of the institution’s collection. His films have circulated internationally through numerous film festivals such as Berlinale, ABFF (USA), Africlap (France), Zanzibar Intl. Film Fest., Afrikamera (Berlin), BFI London and Sheffield DocFest (UK), IndieLisboa, DocLisboa, Fest. Intl. de Cinema do Rio de Janeiro or the Stockholm Dansfilmfestival. Welket directed the short films ‘Calling Cabral’ (2022), ‘Mudança’ (2020), ‘Intervenção Jah’ (2019), ‘I Am Not Pilatus'(2019), ‘Arriaga'(2019) and ‘Bastien'(2016). In June 2022 Welket released his first book ‘Corpo Periférico’ on the Amazon platform, it is an autobiographical essay on auteur filmmaking based on the eponymous concept of “self-portraying cinema”.

LUCAS REHNMAN is an artist-researcher and curator born in São Paulo, Brazil, based in Berlin. After completing a Masters in Arts in the Public Spheres at édhéa (Sierre, Switzerland) supported by the Wyss Foundation, his research and practice evolved from drawing and conceptual art to a broad reflection on decolonizing processes, democracy, writing and oral transmission strategies. Since 2020, he investigates the legacies of East-South cooperation during the Cold War years, and the lessons of modernism in Global South contexts (Guinea-Bissau, Tanzania, Brazil). Together with Kristin Bethge, Welket Bungué and Filipa César, he is involved in the ongoing artistic research project Aura Cabral.

AURA CABRAL is a collective project developed by Filipa César, Kristin Bethge,Lucas Rehnman and Welket Bungué, is made possible by the Sonderstipendium INITIAL 2, supported by the Akademie der Künste, Berlin, with funding from the Federal Government Commissioner for Culture and Media as part of the NEUSTART KULTUR programme.

As part of the Art Prize Future of Europe. In cooperation with Merz Akademie – University of Applied Art, Design and Media and the Württembergischer Kunstverein Stuttgart. The film “There Is Always Dance In Abundance” was co-produced by the ÜBER:MORGEN Festival of the Cultural Region of Stuttgart. With the kind support of Europas Zukunft gUG, Stiftung Kunstfonds, the Cultural Foundation of the Free State of Saxony and the Federal Agency for Civic Education. The Foundation Galerie für Zeitgenössische Kunst Leipzig is supported by the Friends of the GfZK Leipzig, the City of Leipzig and the Saxon State Ministry of Science and the Arts. It is partly financed through public funds on the basis of the budget approved by the members of the Landtag of the Free State of Saxony. 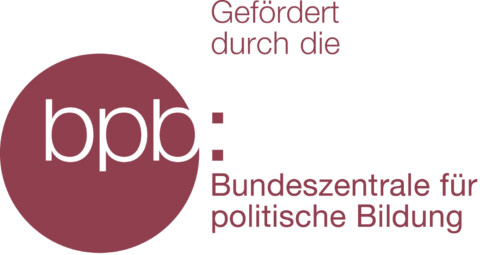