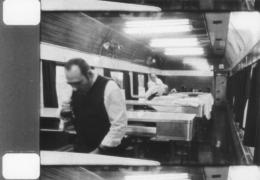 Against the background of their own work and their own situations, nine curators from central, eastern and southeastern Europe, and the artists they have invited to join them, come to grips with the concept of ›territories‹. The aim is to conduct a critical investigation into the various conceptions and definitions of territoriality and so cast light on our ideas in this area. The works that have been chosen are a clear illustration of the way in which the concept of fixed territorial boundaries has become increasingly porous as a result of the mass media, tourism and migration movements, that is to say, it has been called in question by the general circulation of images and individuals. And yet we are still confronted with real political limitations. Not everyone is able, not everyone is free to leave the territory of the state where he lives or move to a different one as a matter of course.